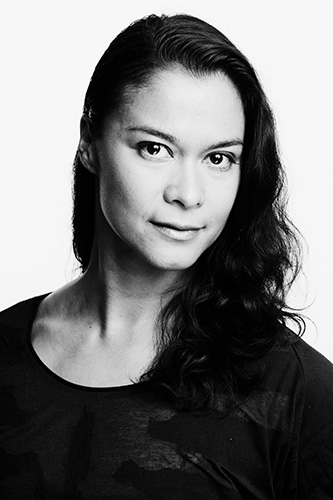 Gesine Moog was born in Germany in 1976 and received her Bachelor of Arts at Frankfurt University of Music and Performing Arts 1997. After graduating she danced for several German companies, including the Frankfurter Künstlerhaus Mousonturm, Staatstheater Mainz, Staatstheater Wiesbaden, Saarländisches Staatstheater Saarbruecken and Staatstheater am Gärtnerplatz Munich. In 2004 Gesine was named a “dancer to watch” by the leading European magazine tanz.

In 2007 she went to Sweden, where Riksteatern and Batsheva Dance Company toured Ohad Naharin’s Kamuyot to schools. She was awarded the Riksteatern’s award for “Dancer of the year 2007” for her outstanding performance and dedication.

Since 2001 she has also created her own choreographic and creative works such as paintings, crafting with wood and performative installations.