Funded by The Federal Government Commissioner for Culture and the Media

Greeting by Minister of State to the Federal Chancellor
Prof. Monika Grütters, Member of the German Bundestag
on the occasion of the DANCE ON-kick-off event
24 November 2015 in Berlin

"In a society in which everyone is getting old but no one actually wants to be old, it’s part of most people’s self-image to be as young as they feel.

If someone’s felt age happens to be more than their actual age then it’s possible they’re a dancer: after all, while other people see life beginning at 40, people in this profession have often reached retirement age already. It’s a shame, as excellence in dance isn’t just about physical strength, it also takes personality, experience and charisma – qualities that often only start developing with age. I’m delighted, therefore, that the model project DANCE ON, with the establishment of a company for dancers aged over 40, is drawing attention to the value of age for dance as an art form as well as for our society. This new and unique initiative in Germany brings together well known international artists who will certainly be impressing audiences not only with their dance art but also by questioning the idealisation of youth and the fear of old age. A society in the midst of demographic change can only benefit from this kind of creative approach to looking at its attitudes towards age.I wish DANCE ON every success and the attention it deserves ­– and I wish all those involved a great deal of pleasure in creating and presenting their repertoire."
Prof. Monika Grütters, Member of the German Bundestag, The Federal Government Commissioner for Culture and the Media

Greeting by Patricia Lips, Member of the German Bundestag
on the occasion of the continuation of DANCE ON 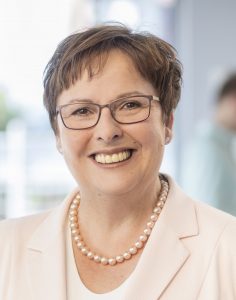 The Budget Committee of the German Bundestag decided on 27th June 2018 to continue funding the project DANCE ON for a 2nd Edition.

“Dance symbolises vitality and youth like almost no other art form. However, the topic of age and ageing has been ignored in this sector for too long.
What seems self-evident in other art forms – that artists’ powers of expression deepen with age and experience – was unthinkable in the professional dance world for a long time. The focus was on youthful perfection and aesthetics alone.
Over the last few years, the pilot project DANCE ON has successfully drawn attention to the artistic excellence and creativity of dancers over 40. It is helping to acknowledge the reality and value of ageing, which has for so long been banned from the consciousness of dance.
The success and high quality of the DANCE ON productions speak for themselves; they are testament to the creative potential and vital power of older dancers.
I am delighted that we are able to fund a second edition of DANCE ON in the coming years from additional federal funds. We wish all the artists of the ensemble and the organisation much joy, success, and the continued keen interest and acclaim from the audience.”

Patricia Lips (CDU) is a member of the German Bundestag and a rapporteur for the Federal Chancellery in the Budget Committee, particularly the budget of the Federal Government Commissioner for Culture and the Media.

Greeting by Rüdiger Kruse, Member of the German Bundestag
on the occasion of the DANCE ON-kick-off event 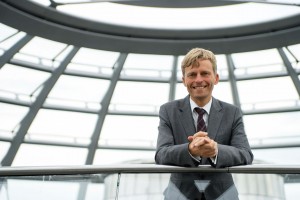 DIEHL+RITTER succeeded in 2014 in convincing the German Bundestag's Budget Committee to make new funds appropriated for the Federal Government Commissioner for Culture and the Media (BKM) available for their project DANCE ON. Rüdiger Kruse (MdB, CDU), representative for culture and media in the German Bundestag's Budget Committee, was decisively involved in attaining this substantial funding.

"The tragic fate of ageing dancers was hidden for a long time. Although their radiant bodies were celebrated on stage while they were young, it was accepted they would disappear into the shadows once they were over 40. With the exception of a few ageing dancers, such as Carolyn Carlson or John Neumeier who became great choreographers, dancers were ultimately the silent victims of a ritual that honoured beauty through dance.

A couple of things have recently helped to realign the situation. Our idea of aesthetics has changed and we are now inclined to consider the beauty of ageing. Alongside this development, it has become usual for older dancers to appear on stage after Pina Bausch’s choreography ‘Kontakthof' initiated this now widespread movement.

The time has now come to recognise the extraordinary value of older professional dancers. With the Dance On project, which sets out to exploit the potential of exceptional dancers aged over 40, we are taking another step in this direction. I am convinced that the performance strengths of the 40+ generation will strengthen the vitality of our dance landscape. Dance is an expression of life – for life." - Rüdiger Kruse

Rüdiger Kruse is a member of the German Bundestag and the rapporteur for Culture and the Media on the Budget Committee.

Co-funded by the Creative Europe programme of the European Union as part of DANCE ON, PASS ON, DREAM ON

Supported by the NATIONALES PERFORMANCE NETZ (NPN) Coproduction Fund for Dance, which is funded by the Federal Government Commissioner for Culture and the Media on the basis of a decision by the German Bundestag

The DANCE ON Festival is funded the Capital Culture Fund.

The cooperation with Lessingtheater Wolfenbüttel is funded by TANZLAND (Danceland) (Tanzland - Fund for Guest Performance Cooperations is an initiative by the Federal Cultural Foundation in project sponsorship of the Dachverband Tanz Deutschland.)