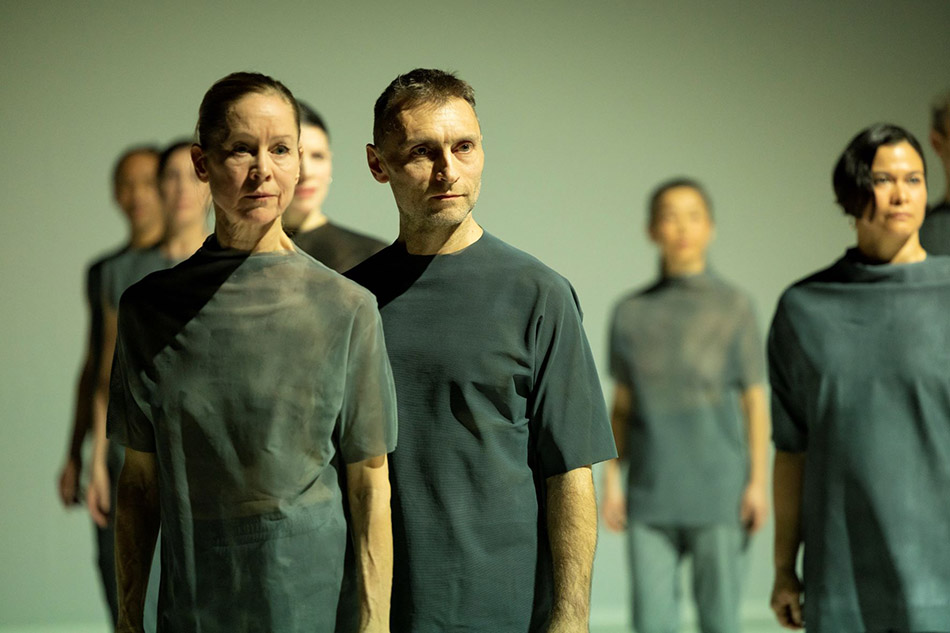 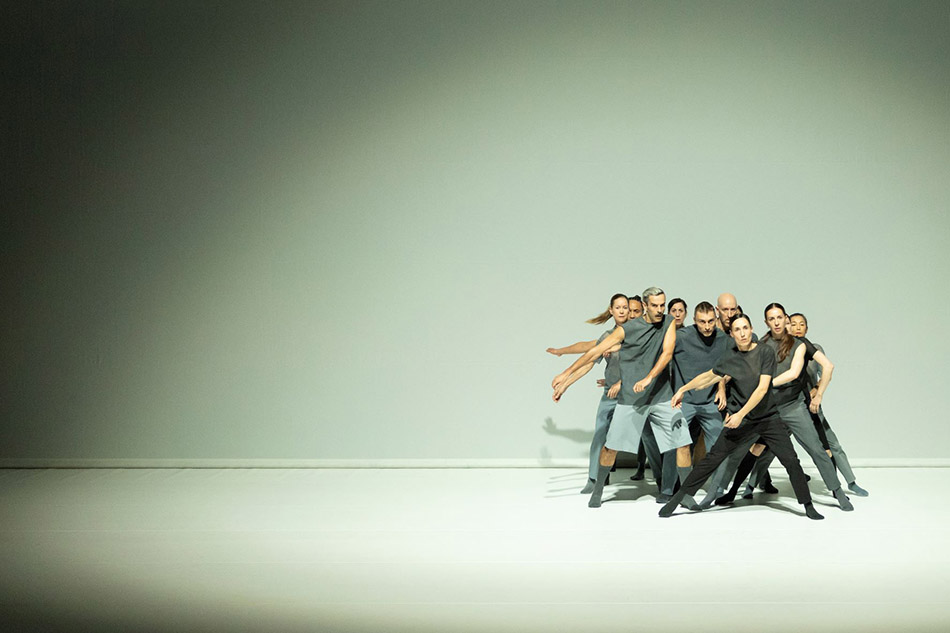 A body that is outwardly still and inwardly vibrating – what processes does the energy undergo before it breaks through? How does it change when the body matures?

In his new production „MELLOWING“ Greek choreographer Christos Papadopoulos embarks on his inaugural collaboration with the dancers of the Dance On Ensemble. Incorporating their knowledge and experience into the creation, together they explore moments of perception and intensities of the moment that create a lively restlessness, a permanent vibration in which the spectator is inevitably involved.

Christos Papadopoulos’ works are fed by an intensely observant approach to movement and often unfold a lively and meditative power. His attention is focused on the minimal shifts of perception, the perpetual, often unnoticed and yet powerful movements that are ever-present in nature, in everyday life, within physical phenomena and political contexts. His debut “Elvedon” (2016) was inspired by Virginia Woolf’s novel “The Waves” and captures the continuous undulation of the sea. This was followed by “Opus” and his third choreography “ION”, an artistic exploration of the phenomenon of ionization and its underlying forces of attraction and repulsion. In his latest work, “Larsen C”, he turns his attention to the micro-phenomena of movement, this time inspired by the popularised iceberg of the same name, which lost a large part of its surface in 2017. 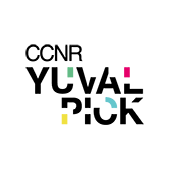