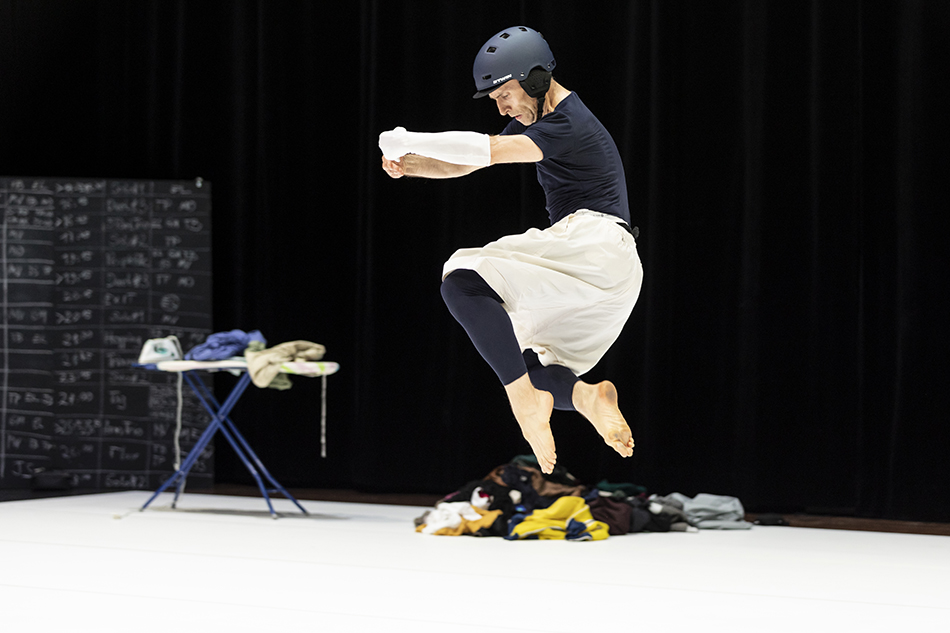 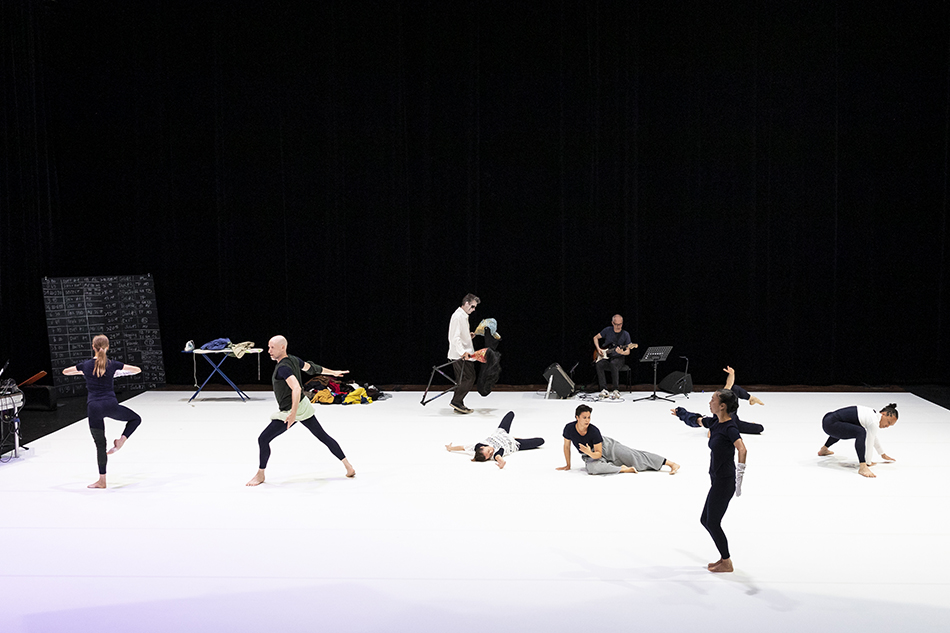 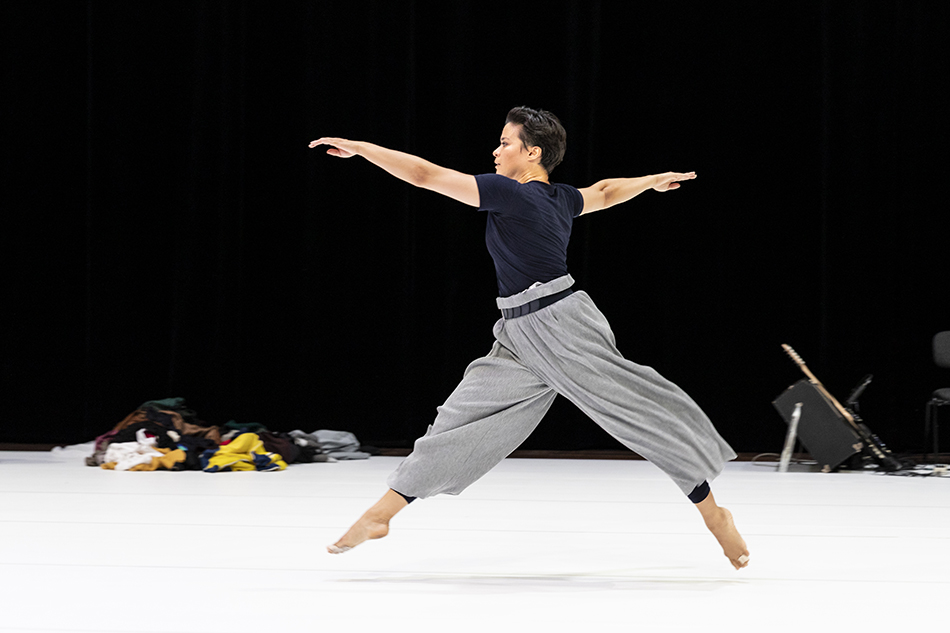 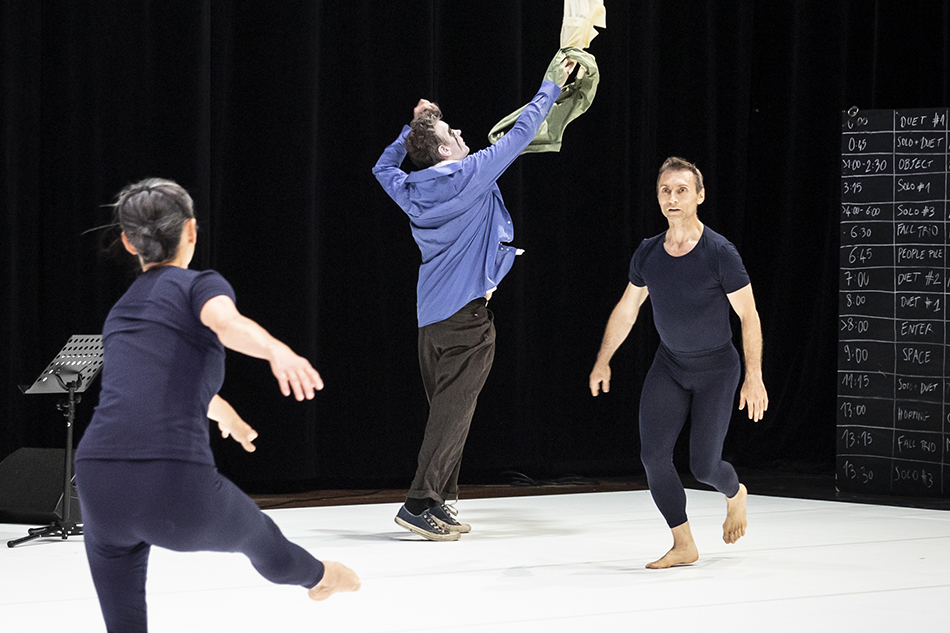 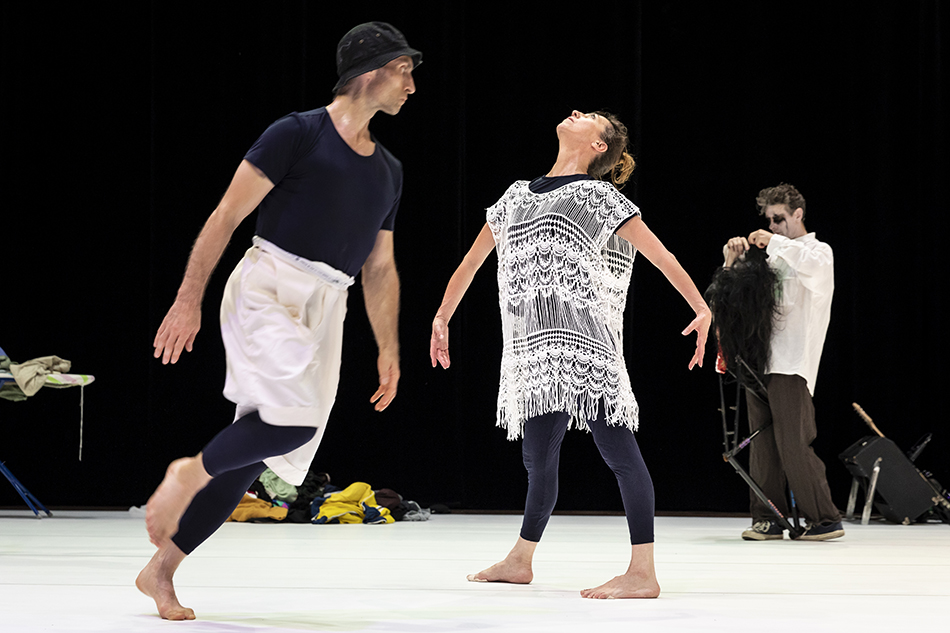 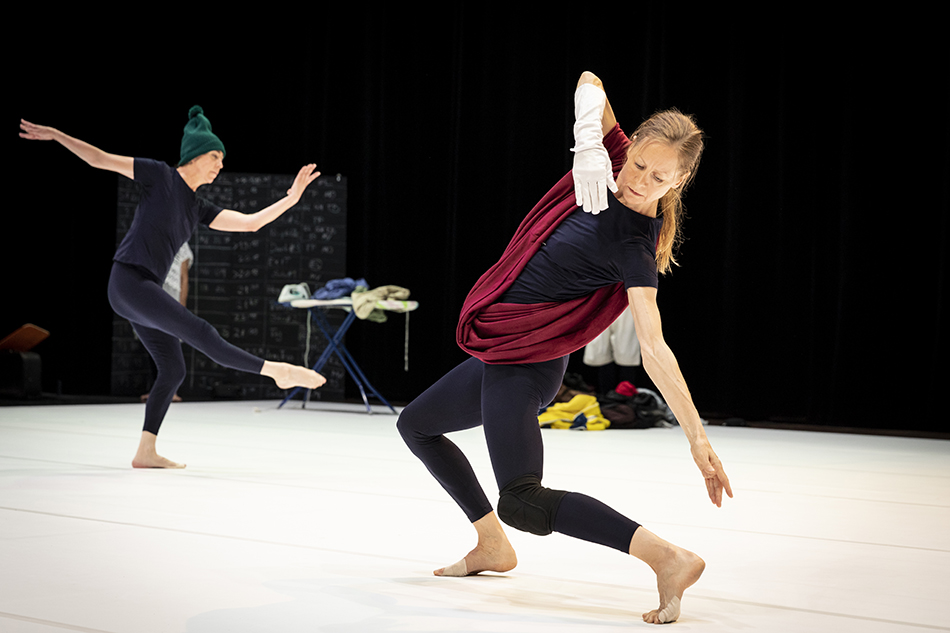 Additional choreographic directions and material developed by the Dance On Ensemble under the direction of Daniel Squire.

Based on the 1963 dance Story, choreographed by Merce Cunningham. An indeterminate work reconfigured for each show using both chance operations and in-performance decision making.

Story was first performed by the Merce Cunningham Dance Company on July 24, 1963 at the University of California, Los Angeles.  During the sixteen months it remained in the company’s repertory, it was performed forty-eight times in forty-one different venues.  The structure of Story was indeterminate:  the overall duration, the sections used, and the order of the sections all changed from one performance to the next.  The dancers could make choices about the space, time and order of their movements.  Toshi Ichiyanagi’s music also gave the musicians options about instrumentation and duration of sound.  Robert Rauschenberg constructed a new set for each performance, using material he found in or near the theater.  His costume design involved a basic outfit of leotards and tights over which the dancers could wear an assortment of garments, changing as often as they wished.

The archival record of Story is limited.  There is only one recording of the dance, a kinescope of a 1964 live telecast in Helsinki, Finland.  This recording represents one possible outcome of the indeterminate structure, but it does not capture the full spectrum of material and options.  Merce Cunningham’s choreographic notes provide additional information, as do anecdotal accounts.  But certain aspects of the dance remain unknown.

Given these circumstances, a typical reconstruction of Story is not possible.  Dance On Ensemble has, instead, undertaken a re-imagination of the piece.  Drawing on archival resources, Daniel Squire, an experienced stager of Merce Cunningham’s work, has taught the movement and options that are known, and guided the dancers to invent new material to be integrated into the indeterminate structure.  Similarly, Patrick Lauckner will create lighting designs in keeping with the original concepts and spirit of Story, while Berlin artist John Bock has taken on the role of Robert Rauschenberg offering ready-made constructions along with other variable and changing art works to engage with. Toshi Ichiyanagi’s Sapporo performed by Rabih Mroué, Mattef Kuhlmey and Tobias Weber completes the work.  The result, Berlin Story, reexamines and reanimates a dance last presented 55 years ago.

This work is performed in the evening “Making Dances” with the choreographic response “never ending (Story)” by Mathilde Monnier, but can be presented singularly.

This program is presented as part of the Cunningham Centennial celebration.