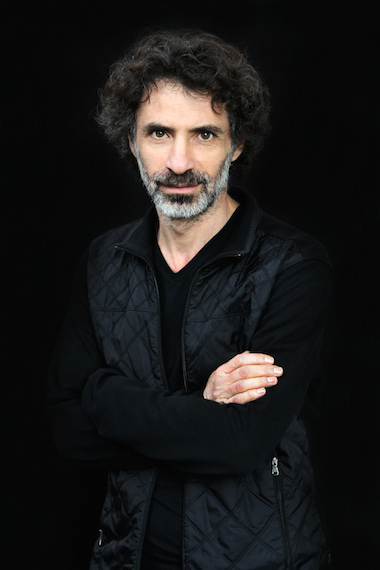 Rabih Mroué is a Berlin-based artist, actor and director who has caused a furore in visual art, in theatre and on the performance scene. The subject of his work is the ‘present reality’ that surrounds him, which he processes for the stage using fictitious and real – often everyday – materials, and using documents, photographs, videos and objects as his starting point. He is a co-founder and member of the executive board of the Beirut Art Center, co-publisher of TDR: The Drama Review (NYC) as well as director of the Munich Kammerspiele. From 2012–15, he was a fellow of the International Research Center ‘Interweaving Performance Cultures’ in Berlin.

A showcase of the artist’s most important works – entitled Outside the Image Inside Us (in partnership with Lina Majdalanie) – can be seen at HAU Hebbel am Ufer from
30 March to 4 April 2016.