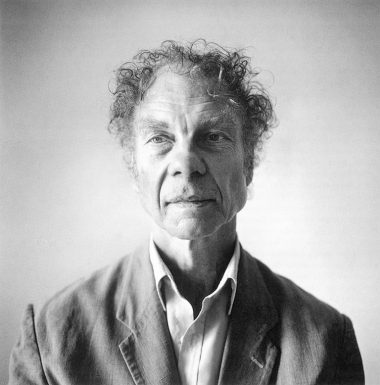 Merce Cunningham (April 16, 1919-July 26, 2009) is widely considered to be one of the most important choreographers of all time. His approach to performance was groundbreaking in its ideological simplicity and physical complexity: he applied the idea that “a thing is just that thing” to choreography, embracing the notion that “if the dancer dances, everything is there.”

Cunningham was born in Centralia, Washington, and attended the Cornish School in Seattle. There, he was introduced to the work of Martha Graham (he would later have a six-year tenure as a soloist with her company) and met John Cage, who would become the greatest influence on his practice, his closest collaborator, and his life partner until Cage’s death in 1992. In 1948, Cunningham and Cage began a relationship with the famed experimental institution Black Mountain College, where Cunningham first formed a dance company to explore his convention-breaking ideas. The Merce Cunningham Dance Company (originally called Merce Cunningham and Dance Company) would remain in continuous operation until 2011, with Cunningham as Artistic Director until his death in 2009. Over the course of his career, Cunningham choreographed 180 dances and over 700 Events.

Across his 70-year career, Cunningham proposed a number of radical innovations to how movement and choreography are understood, and sought to find new ways to integrate technology and dance. With long-term collaborations with artists like Robert Rauschenberg, Jasper Johns, Charles Atlas, and Elliot Caplan, Cunningham’s sphere of influence also extended deep into the visual arts world.

Cunningham earned some of the highest honors bestowed in the arts, and his dances have been performed by groups including the Paris Opera Ballet, New York City Ballet, American Ballet Theatre, White Oak Dance Project, the Lyon Opera Ballet, Ballett am Rhein, and Londons Rambert Dance Company.

Through the Merce Cunningham Trust, his vision lives on, regenerated time and time again through new bodies and minds.

BERLIN STORY - A RE-IMAGINING OF STORY
Choreography:  Merce Cunningham
Based on the 1963 dance Story with additional choreographic directions and material developed by the Dance On Ensemble under the direction of Daniel Squire.
Premiere: 23 August 2019, Tanz im August, Volksbühne Berlin 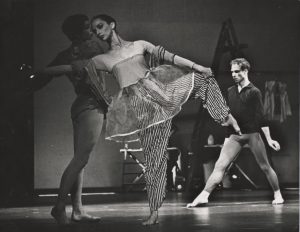