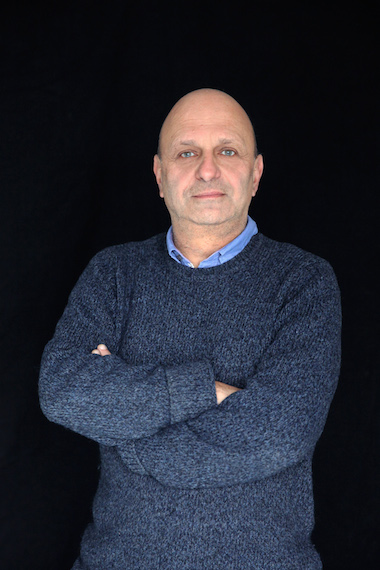 Matteo Fargion and the other artists of the production 7 Dialogues. Matteo Fargion is a composer, performer and teacher. He has worked in dance and theatre for over 25 years, collaborating with leading choreographers and directors in the UK and abroad.  For the past 15 years he has worked closely with Siobhan Davies, writing music for and performing in some of her most significant recent work, and Karl Jay Lewin. Together with Jonathan Burrows, he has made a series of 10 duets conceived, choreographed, composed, administrated and performed together. “Both Sitting Duet” won a 2004 New York Dance and Performance 'Bessie' Award, and “Cheap Lecture” was chosen for the prestigious 2009 Het Theater­festival in Belgium. He has also written a lot of music for theatre, especially in Germany, where he has collaborated several times with Elmar Goerden at several theatres and with Thomas Ostermeier at the Schaubühne Berlin. Matteo is also a long-time visiting member of faculty at PARTS, the school of Anne Teresa De Keersmaeker in Brussels, where he has worked on a new approach to teaching composition to young choreographers, within a framework of music practice but built also on his wealth of experience as a performer. 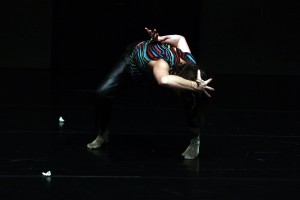 Artists of the 7 Dialogues:
IVO DIMCHEV
Ivo Dimchev, born in 1976, is a choreographer and performer from Bulgaria. His work is an extreme and colorful mixture of performance art, dance, theatre, music, drawings and photography. He has received numerous international awards for dance and theatre and has presented his work all over Europe, South and North America. In 2014, Ivo opened up his new place MOZEI in Sofia Bulgaria, an independent space focused on contemporary art and music.

TIM ETCHELLS
Tim Etchells is an artist and a writer based in the UK whose work shifts between performance, visual art and fiction. He has worked in a wide variety of contexts, notably as the leader of the world-renowned Sheffield-based performance group Forced Entertainment and is currently Professor of Performance at Lancaster University. In recent years he has exhibited widely in the context of visual arts, participating in international biennales in Italy, Sweden, Japan a. o. One of his recent publications is „While You Are With Us Here Tonight“ (2013).

BETH GILL
Beth Gill is a dancer and choreographer who has been making contemporary dance and performance in New York City since 2005. She is a graduate of New York University’s Tisch School of the Arts and has been a guest artist and teacher at several colleges, universities and festivals. Her per­formances have toured nationally and internationally. Gill is the recipient of a 2015 Doris Duke Impact Award, a 2015 Guggenheim Fellowship, a 2015–2016 Hodder Fellowship at Princeton University, and a 2012 Foundation for Contemporary Arts Grants to Artists Award. She is an inaugural member of The Hatchery Project, a 2015–2016 Lower Manhattan Cultural Council Extended Life Artist-in-Residence and a 2013–2015 New York City Center Choreography Fellow. In 2011 Gill was awarded two New York State Dance and Performance ‚Bessie’ Awards for Outstanding Emerging Choreographer and the Juried Award. In 2012, Dance Magazine named her one of the top 25 artists to watch.

ÉTIENNE GUILLOTEAU
The past couple of years, his choreographical work focused on the dramaturgical relation between dance, music and light. His main interest is to question the interaction of the various elements that compose theatre performance and representation. In November 2013 he premiered with his love duet “Synopsis of a Battle” at the Kaaitheater in the context of La Biennale of Charleroi Danses. He has created the solo “Feu” for Argentine dancer Cecilia Lisa Eliceche with live music played by electric guitar quartet Zwerm. In November 2015, upon request of the music festival DIALOGE in Salzburg, he has created a piece for eight dancers of the BODHI project from SEAD (Salzburg Experimental Academy of Dance) in collaboration with the oenm (Öster­reichisches Ensemble für Neue Musik).

HETAIN PATEL
Hetain Patel is a visual artist. Since 2004, his video, photography, sculpture and live works have been shown internationally to critical and popular acclaim within institutions from Tate Britain, London to the Ullens Centre for Contemporary Art, Beijing. His works are in public and private collections in the U.K., China, India and U.S.A. In recent years, Patel has worked at the Royal Opera House, Tate Modern and Southbank Centre, London, and has shown work at the Venice Biennale. Patel is interested in connecting marginalised identities with the mainstream in an effort to destabilise notions of authenticity and promote personal freedom. Patel enjoys working across multiple languages, culturally and artistically. He is a New Wave Associate at Sadler’s Wells, London.

LUCY SUGGATE
Lucy Suggate is a dance artist based in the UK receiving recognition for her articulate and engaging solo performances. In 2013–14 Lucy became a Modul Dance Artist supported by Mercat de les flors and Graner in Barcelona, Dansehallerne/BoraBora in Denmark and the Arts council England Artist International development fund to produce a durational solo that went on to inform Lucy’s current work “pilgrim”. This work has been presented by international dance festivals. Recent collaborations include working with Rosemary Butcher on “Secrets of the Open Sea”,   “Test Pieces“ for TANZ IM AU­GUST 2015, Wendy Houston’s “Stupid Women“, and on a two year EU project called “Dancing Museums” with Siobhan Davies Dance and the National Gallery London.