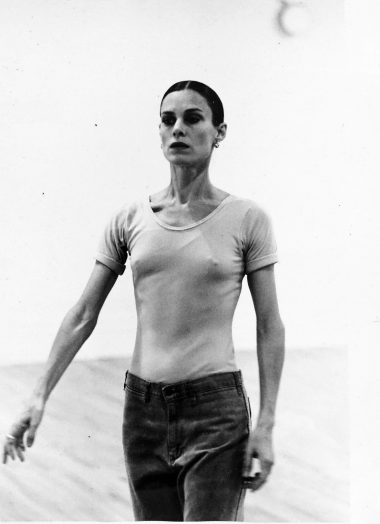 Lucinda Childs began her career as choreographer and performer in 1963 as an original member of the Judson Dance Theater in New York.

After forming her own dance company in 1973, Childs collaborated with Robert Wilson and Philip Glass on the opera Einstein on the Beach in 1976, participating as principal performer and solo choreographer for which she received an Obie award. Childs has appeared in five of Wilson’s major productions. Beginning in 1979, Childs collaborated with a number of composers and designers on a series of large-scale productions.  The first of these was Dance, choreographed in 1979 with music by Philip Glass, and a film/decor by Sol LeWitt. It continues to tour extensively in the United States and Europe and was cited by the Wall Street Journal (2011) as “one of the greatest achievements of the 20th century.” Since 1981, Childs has received a number of commissions from major ballet companies and has choreographed and directed several opera productions including: Gluck’s Orfeo et Euridice for the Los Angeles Opera, Mozart’s Zaide for La Monnaie in Brussels and a new production of John Adams’s Dr Atomic for the Opera du Rhin in 2014. Childs received a Guggenheim Fellowship in 1979.  She is also the recipient of the NEA/NEFA American Masterpiece Award, and in 2004 was elevated from Officer to Commander of France’s Order of Arts and Letters.  In 2017 she received the Samuel H. Scripps award for lifetime achievement at the American Dance Festival in Durham, North Carolina, as well as the Venice Biennale de la Danse Golden Lion Award. 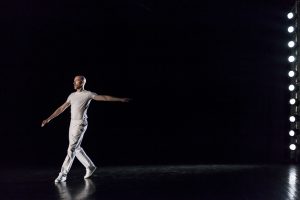