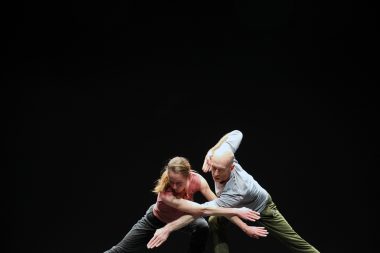 
Is Director of Dance, faculty in Music and Theater, Dance & Media; Artistic Director of the Harvard Dance Project, at Harvard University. Ms. Johnson is a graduate of Canada’s National Ballet School, a 28-year veteran oft he dance field; choreographs for film, television and the stage; has danced in over 50 tours on 5 contintents; was a soloist with the National Ballet of Canada and a principal dancer and researcher in William Forsythe’s company Frankfurt Ballet. She stages Forsythes’s work worldwide, including for Paris Opera Ballet, La Scala, Batsheva Dance Company, Norwegian National Ballet, Lyon Opera, Netherlands Dance Theater, and American Ballet Theater. Johnson is a founding collaborator of The Movement Invention Project in New York, and has served on the faculties of and created choreographic work for Princeton University, Columbia University, the Juillard School and NYU. Recent collaborations include those with the Harvard Choruses, Harvard Mahindra Humanities Center, Carpenter Center for Visual Arts, Boston Ballet, San Francisco Ballet, Amercian Repertory Theater, Dries Van Noten and the Louvre Musee des Arts Decoratif, Ryuichi Sakamoto, and Mikhail Baryshnikov.

An “intricate, almost baroque piece” – this is how the celebrated choreographer William Forsythe describes his new piece for the DANCE ON ENSEMBLE. The richness of the bodily knowledge shared between Jill Johnson and Christopher Roman, both former Forsythe dancers, and Brit Rodemund, is part of the fabric of the piece. Forsythe continues to search for new shapes and modes of movement. He is looking back in order to re-invent himself.

The idea for the duet came from an intention to highlight the special relationship, shared sensibilities and coordinative skill set of Jill Johnson and Christopher Roman. They have collaborated closely for a long time, staging many of Forsythe’s works all over the world.

Brit Rodemund, who has not worked with Forsythe before, was included in the rehearsal process from the beginning. She and Johnson, the first guest dancer to join the DANCE ON ENSEMBLE, will share the female role in alternate performances. Different facets of these three dancers and their professional experiences come together to form the basis of Catalogue (First Edition).


Other DANCE ON Productions: