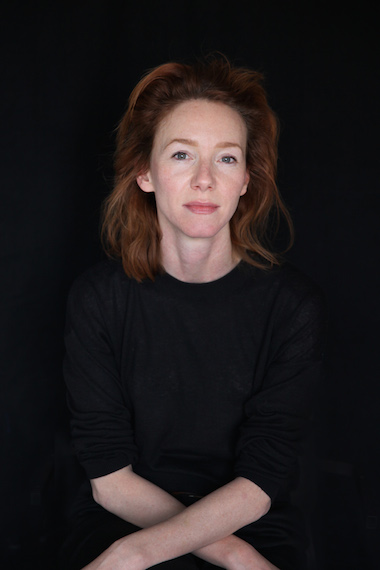 Kat Válastur is a Berlin-based choreographer and performer. She studied at the Hellenic School of Dance, received a Fulbright Scholarship to study at Trisha Brown’s studio in New York, and gained a Masters degree from the SODA Masters Program at the Inter-University Centre for Dance in Berlin. Fragmentation, diverted architectures, time lapses, entropy and virtuality are some of the concepts she addresses in her dance works. Her creative process involves diagrams, hand-drawn scores and texts which she creates for each new work. From 2013-2014 she was a grantee artist in the educational program of the Institut für Raumexperimente, an educational research project by Ólafur Elíasson in collaboration with the Berlin University of the Arts (UdK). During the program, she began researching her new series of choreographies The marginal sculptures of Newtopia. The series was co-produced and presented by HAU Hebbel am Ufer and includes the works GLAND (2014) and Ah! Oh! A contemporary ritual (2014). It was completed in 2016 with OILinity, a poetic piece on western societies’ problematic dependence on crude oil and its dire consequences for humanity and nature. Kat Válastur’s work is presented internationally. In 2016 she was acclaimed as a promising talent for dance by the magazine “tanz” and in 2017, she was a nominee for the George-Tabori-Award. 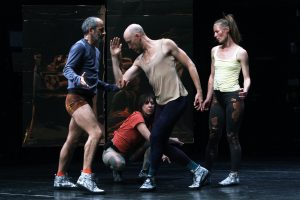 In Ultra censored the female portrait becomes a field of mystification. The ten-minute film shows Brit Rodemund going through a detailed description of the birth of her daughter while the camera focuses on her facial expressions and gestures. Shot in slow motion, the film takes us into a ciphered universe of gestures in a mythical dimension. Like a contemporary Sphinx with the typical characteristics of beautification, she articulates the enigma of what it is to be a human being in the present tense, while her image is reflected in our eyes.