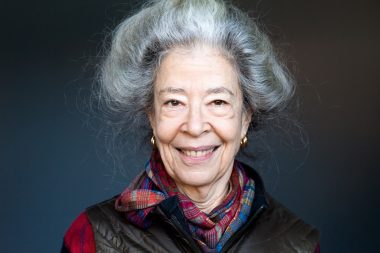 Deborah Hay, born in Brooklyn in 1941, is regarded by critics and historians as one of the most influential representatives of postmodern dance.

She trained with Merce Cunningham and danced with the Cunningham Dance Company during the 1964 world tour. She was an original member of the Judson Dance Theater, making dances since the early 1960s, collaborating with different many artists and mainly choreographing for untrained performers. Since 2000 she has worked exclusively with experienced performers.

Hay has written 4 books: Moving Through the Universe in Bare Feet (1975), Lamb at the Altar (1994) about the creative process that led to her dance of the same name, My Body, the Buddhist (2000) reflecting on embodied knowledge, and Using the Sky, an elaboration of her process. In 2012 she was selected for the inaugural Doris Duke Artist Award. Hay received an Honorary Doctor of Dance from Helsinki Theatre Academy and in 2016 she became a Chevalier des Arts et des Lettres in France. 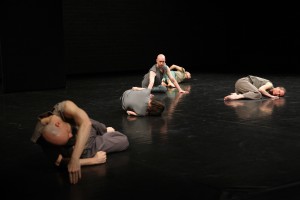