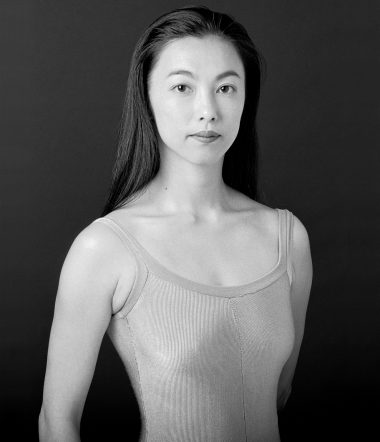 Miki Orihara, born in 1960, is best known for her work as a principal dancer in the Martha Graham Dance Company, for which she earned a Bessie Award in 2010. She has performed on Broadway in The King and I and with Elisa Monte, PierGroupDance, Lotuslotus, Rioult Dance, Twyla Tharp, Martha Clarke, Anne Bogart (SITI Company), and Robert Wilson. She has presented her own choreography in New York, Los Angeles, Amsterdam, and in Japan.

Her teaching credentials include numerous workshops in Japan, at Art International in Moscow, and at Peridance, the Ailey School, New York University, Florida State University, Henny Jurriëns Stichting (Holland), Les Etés de la Danse in Paris, and New National Theater Ballet School.  She is on the faculty of the Graham School and The Hartt School (University of Hartford). She has set Martha Graham’s work all over the world, including for Diana Vashineva’s Dialogue and on Wendy Whelan of the New York City Ballet.

As a choreographer, Miki Orihara premiered her solo work Searching Dimensions in New York in 1995, followed among others byVOICE, a piece for eight women, for M’Deux Ballet in Nagoya, Japan (2001), Stage (2008), Prologue (2014) and Shirabyoshi (2017). In 2018 she released the first Martha Graham technique DVD, collaborating with Dance Spotlight and the Martha Graham Center.  A second DVD for intermediate level is in development.  Her film Broken Memory was featured at Dance on Camera Festival in New York in 2017. Miki Orihara was featured in the Inaugural performance of Peace is… at the United Nations as a part of the Permanent Mission of Japan in April 2017 and August 2018.