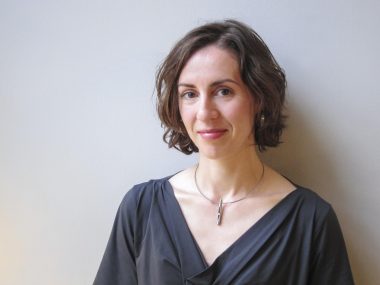 Lia Poole was born in 1979 in Ontario, Canada where she began her dance training.  She received her formal education at Arts Umbrella in Vancouver, British Colombia.  While in their Youth Dance Company, she danced with renowned Canadian choreographers such as Joe Laughlin, Gioconda Barbuto and Wen Wei Wang.

Lia Poole started her professional career in Toronto as a company member of Desroisiers Dance Theatre. In the Netherlands, she has performed as an independent artist with such choreographers as Pieter de Ruiter, Jennifer Hanna, Itzik Galili, Omar Rajeh and Heather Ware, and has also made two dance films with Ivar Hagendoorn. In 2002, Lia became a regular artist with the acclaimed Dutch dance company LeineRoebana.

After the birth of her two daughters, she has taught ballet and contemporary dance at the Amsterdam Academie voor Theater en Dans, The Dutch National Ballet Academy, Codarts in Rotterdam and has come full circle to Canada where she has been developing an international educational exchange between Arts Umbrella and the Dutch dance institutions. Lia Poole joined the Dance On Ensemble in January 2019, performing in Rabih Mroué’s piece, Water between three hands.