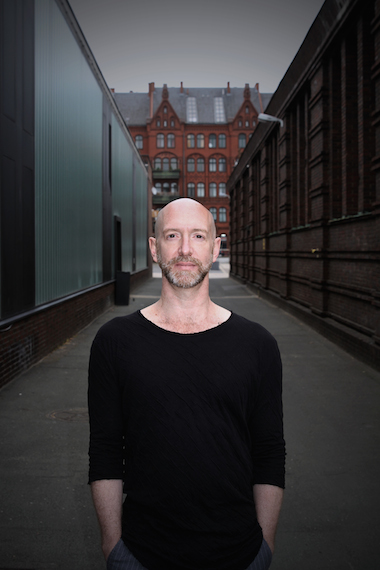 „To be continued...“
Christopher Roman

American born artist Christopher Roman began his formal training with The School of Cleveland Ballet continuing at The School of American Ballet in New York City. He was subsequently invited into the ranks of the Pacific Northwest Ballet and as a soloist and principal with Edward Villella's Miami City Ballet, Les Grands Ballets Canadiens in Montreal, The Pennsylvania Ballet, Ballett Frankfurt and The Forsythe Company performing a huge array of important choreographic works, originating over forty roles and touring every major venue worldwide.

He has been a guest artist with Complexions Contemporary Ballet, Sasha Waltz and Guests in Berlin and the Gala of International Dance Stars.
William Forsythe's Bessie Award winning "You Made Me a Monster" was created with Christopher Roman and he is the 2009 recipient of Germany's highest theater honor Der Deutsche Theaterpreis DER FAUST for best performance: dance in The Forsythe Company's "I don't believe in outer space".

Christopher Roman was one of the artists selected to be part of the Solo Performance Commissioning Project with Deborah Hay for her work "Dynamic" and was one of the twenty artists selected to perform in Boris Charmatz’s curation of "20 Dancers for the XX Century" at MoMA. He is a choreographic assistant to William Forsythe most recently for the original work "Rearray" at Sadler's Wells for Sylvie Guillem and Nicolas LeRiche and has re-staged Forsythe work on the San Francisco Ballet, Finnish National Ballet, La Scala Opera Ballet, Bavarian State Ballet in Munich, Lyon Opera Ballet, The Paris Opera Ballet, The Juilliard School, and Staatstheater Gärtnerplatz among others.

He is on the Board of Trustees for the Forsythe Foundation and Director of Dance for the ALTANA Cultural Foundation.

As of September 2013, Christopher assumed the role of Associate Artistic Director of The Forsythe Company, responsible for the company's daily operations and the rehearsals and performances of the company's repertoire. In November 2015 he will assume the position of Artistic Director of the DANCE ON ENSEMBLE as well as dance as a core member of the Berlin based company for dancers over 40.